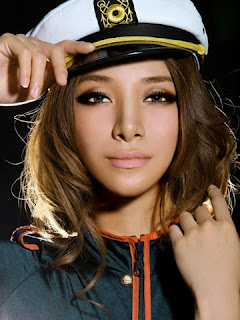 In October, the Navy will commission the Zumwalt in Baltimore. Between now and then, the ship’s crew will use the next four months to train with their new vessel, under the command of no-kidding Captain James Kirk.


Zumwalt is the first hull delivered in the $22 billion three-ship class. The second and third ships — Michael Moonsor (DDG-1001) and Lyndon B. Johnson (DDG-1002) – are currently under construction at BIW.
The ships are built around a first-ever electric drive system in which the main engines power an electrical grid instead a direct link to the ship’s props allowing more margin to add additional systems to the ships.The ships’ main weapons are twin 155mm BAE Systems Advanced Gun Systems (AGS) designed to fire a specialized rocket assisted guided round to attack land targets – Lockheed Martin’s Long Range Land Attack Projectile (LRLAP).

The Zumwalt, and the two other ships of its class, are designed to have about half the crew of existing destroyers in the U.S. Navy. Major automation of the ship makes this possible, as does the ship’s tremendous amount of on-board electrical power. In fact, while it’s equipped with missiles and guns now, in the future it could have laser weapons or rail guns.


Assuming, that is, that it doesn’t tip over first. The ship’s unique body shape is known as a “tumblehome” design, and one reason they’re particularly rare is because they sometimes flip over in stormy seas. That hasn’t happened yet, and it’s possible the Zumwalt is better equipped than ships a century ago for rough conditions. Let’s hope it’s smooth sailing until October’s commissioning.
GrEaT sAtAn'S gIrLfRiEnD at 12:00 AM