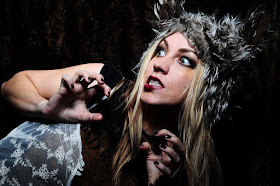 Little Satan's short term goals on her Near Abroad...

Israel’s strategic goal in dealing with Hamas is to constrain the group’s military capabilities. Partly motivated by the aforementioned domestic controversy over Hamas’s infiltration tunnels in 2014, Netanyahu also wants to ensure that they cannot launch a surprise attack on Israeli civilians. Such an attack would cost innocent lives, and, more important, it would embolden Israeli adversaries at a time of growing regional instability.


And that leads us to Iran. With President Bashar al-Assad of Syria now buoyed by Russia, Lebanese Hezbollah (LH) and Iran sense an opportunity to re-commit their energies toward Israel’s northern border. The Syrian Civil War has imposed a heavy military and political toll on Iran and LH, but their existential fetish for Jewish blood is unrelenting. As the Middle East sinks into unrestrained violence, the Obama administration has sat idly by, dancing to Vladimir Putin’s tune at every turn. And without any confidence that Obama would come to its aid in a time of need, Israel is now aligning with the Sunni-Arab monarchies against Iran.
Netanyahu’s recent assurance of Israel’s continued claim to the Golan Heights was a physical metaphor for Israel’s evolving security strategy: Israel wants Iran to know that it will not replicate America’s strategy of acquiescence and will role the military dice to preserve its deterrent posture if it must.
GrEaT sAtAn'S gIrLfRiEnD at 12:00 AM