Taking Off The Gloves 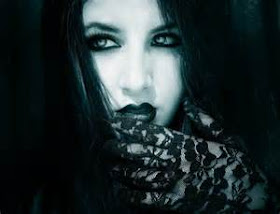 JSOC takes off the gloves....
A fusion of U.S. special operations forces and local militia are about to bloody the so-called Islamic State, and just possibly drive them out of their de facto capital.
But no one expects a decisive victory against ISIS. The commanders of those forces met in Tampa this past week near U.S. Special Operations Command headquarters to share lessons learned, and lament that the more they learn about ISIS, the longer and harder they think this fight will be.
Only a year ago, this conference floor was full of laments over being held back by a timid White House. The administration has since ratcheted up its campaign on ISIS, with an eye to legacy and a tacit acknowledgement that the previous strategy wasn’t working. The Pentagon has deployed fifty U.S. special operators to Syria to train and advise local forces, and authorized up to 250 more, and also sent several hundred special operators to a base in northern Iraq to target ISIS by air and by ground, as well as roughly 4,000 conventional U.S. troops to help the Iraqi and Kurdish forces.
The JSOC-run “expeditionary targeting force” as it’s known has already taken out some 40 ISIS operatives linked to planning and facilitating overseas attacks, less than half of the ISIS fighters JSOC has removed from the battlefield. Strikes inside Iraq are done with the government of Iraq’s permission.
The light U.S. footprint has meant an evolution of the teams fighting ISIS. In previous campaigns like Iraq and Afghanistan, U.S. counterterrorist forces worked mostly separately from units like the Green Berets that train locals. The teams fighting ISIS are mixed together, according to Special Operations Command’s Thomas.
“It is absolutely blended. I just came back from overseas. I had to ask people who are you with. Who’s who in the zoo here, because it was that well blended, that well orchestrated, which is a good thing,” he said.
Some of those troops were caught on camera, patrolling alongside their Kurdish fighting partners and sporting Kurdish combat patches on their uniform – a sign of cooperation with their brothers in arms, but one that sent Turkey into a diplomatic tailspin Friday. Ankara believes those Kurdish fighting units have ties to separatists who Turkey considers to be terrorists.
In Africa, which faces an alphabet soup of dangerous extremists, local troops are willing if not always able to fight. That helps to explain why there are 96 special operations missions in some 22 African countries, according to Army Green Beret Brig. Gen. Don Bolduc, who heads Special Operations Command Africa.
“ISIL is the most dominant violent extremist organization on the continent,” Bolduc told the crowd, using the government’s preferred acronym for the so-called Islamic State. “AQIM [al Qaeda in the Magreb] is the most enduring. Boko Haram, the most deadly. Al Shabab is in our opinion the most unpredictable, and demonstrates resiliency.”
He pointed to the weakened state of the Ugandan-spawned Lord’s Resistance Army after four years hunted by local troops backed by foreign assistance as proof of what 100 U.S. special operations advisors could accomplish.
“They bump up against our partners, and our partners take it to them,” Bolduc said.


The need to work through partners is changing how some special operations forces recruit, according to Navy SEAL Rear Adm. Brian Losey, who heads the SEALs in Coronado, Calif.
Losey spoke of recruiting “warrior statesmen” capable of negotiating with locals, and working with humanitarian groups to bring aid, as well as they raid on the battlefield. He even welcomed women SEALs to the force, should they make it through the selective training that was just opened to all, as he said they would help communicate with more of the population in conflict zones.
﻿
GrEaT sAtAn'S gIrLfRiEnD at 12:00 AM