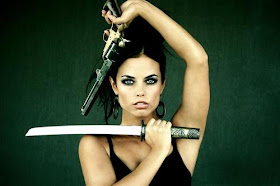 American Army History teaches that the US Army can adapt, evolve and win on or off the battlefield


The U.S. Army is often accused of being slow to change and unimaginative. Indeed, these are fairly predictable indictments that have dogged military organizations for centuries. Yet militaries do evolve over time to meet new challenges. The United States entered World War II with the Army’s horse-bound 26th Cavalry Regiment engaging Japanese tanks during the Philippines campaign. By the end of the war, the Army had evolved into a competent and robust mechanized force.

Military theorist J.F.C. Fuller referred to doctrine as “set of principles the Army uses to guide its actions in support of a national objectives.” The Department of Defense, in its quest to make any simple explanation unnecessarily cumbersome, defines doctrine as “fundamental principles by which the military forces or elements thereof guide their actions in support of national objectives.” To put it more simply than this, doctrine provides the lingua franca for military planners and thinkers to effectively discuss the military problems they face.

Since the conclusion of the Vietnam War, the U.S. Army has updated its main operational doctrine publication, Field Manual 3-0, seven times. These revisions included the introduction of Active Defense, Air-Land Battle, and Counterinsurgency doctrine, all of which were major doctrinal shifts designed to meet changing operational environments. So why, then, has the U.S. Army been able to readily make these changes successfully despite the many other examples of military organizations that have proven wholly unable to do so?

Forging the Sword: Doctrinal Change in the U.S. Army gives up some vital details.

The military problems begin with the lack of political consensus and communication as to the overall worldwide military role that our country should be committed. By definition, this role should be defined in such a way, that the military can make short, intermediate and long term plans to fulfill the role

Check out the development of Air Land Battle


The classic example showing the interplay of incubators and advocacy networks is the creation and adoption of the Air-Land Battle doctrine in the 1980s. Soviet armored units in Europe significantly outnumbered those of NATO. Worse, much of the Soviet advantage came from the huge numbers of follow-on forces that would flow into theater at the onset of conflict. Army planners realized that they would only succeed if they could disrupt the enemy’s rear areas,and consequently would require several key changes in the way the Army viewed the battlefield.

First, unit commanders would have to visualize operations much farther beyond the forward edge of battle than they had before. A division commander would conceivably be expected to influence events 70 kilometers beyond the forward line of troops. A corps commander saw that area of influence extending out to 150 kilometers. This was in turn accompanied by shorter time windows (at or below 96 hours for a corps headquarters) within which those commands would need to engage enemy targets. Second, Army formations would need to make greater use of precision fires and leverage the Air Force to “service” targets behind the lines. This meant U.S. Army ground units working closely with their counterparts in the Air Force, nominating enemy targets behind the forward line of troops to create tactical openings.

Though the Air-Land Battle doctrine was officially created and vetted within TRADOC, study groups at Fort Leavenworth and forward-stationed corps inside Europe began exploring how best to deal with repelling a massive Soviet ground attack in Europe. Once these ideas were proposed, they were then socialized for buy-in in the professional publications of mid-tier officers, such as Infantry and Armor magazine.

These same doctrinal developments both used and drove technological shifts. Military-wide studies identified the potential of precision munitions, creating the so-called “Assault Breaker” concept that so defined the second offset strategy. The demand for those munitions were spurred by other studies that articulated the Soviet threat that the Army would face in the 1980s.