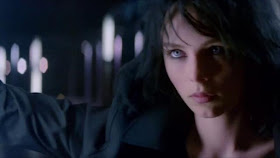 American nuclear weapons are stored at the Incirlik Air Base in Turkey as part of Turkey’s NATO obligation. The base is operated by the Turkish Air Force. U.S. Air Force units are stationed there and have recently been carrying out airstrikes in Syria. American nuclear weapons are also stored at bases in Belgium, Germany, the Netherlands, and Italy. The presence of nuclear weapons at these bases is a carryover from the Cold War, but they also are symbolic of NATO’s defense of Europe, a concern revived by Russia’s annexation of Crimea and invasion of Ukraine.

As the coup broke out and was eventually suppressed, concerns popped up on social media about the surety of U.S. nuclear weapons stored at Incirlik Air Base, especially when electricity was cut off to the base. There were two concerns: First, that coup plotters or another malign actor would take advantage of the confusion to steal these nuclear weapons. Second, that forces loyal to the Turkish government, portions of which initially blamed the coup attempt on the United States, would overrun the portions of Incirlik Air Base where the nuclear weapons are stored and turn Turkey into an angry, nuclear-armed state overnight.


The weapons are said to be stored in underground vaults. The weapons are on racks that rise out of the ground. The controls probably require keys or codes. This is not a vault that one can walk into, like a bank vault. The weapons are heavy and require probably two or three men to handle, unless a dolly is available.
Anyone trying to extract these weapons will have to beat the security while under armed attack by base personnel. “Shoot to kill” will be part of the rules of engagement.

Let’s say that coup plotters or terrorists or whatever they are can put their hands on nuclear weapons. They might want to gain possession of those weapons (or a single weapon), detonate a weapon in place, or destroy the weapons. The last will require setting off a fairly large explosive charge, which they will have to carry with them. The scenarios people are most worried about are the first two.

To detonate a nuclear weapon, a mechanism called the Permissive Action Link (PAL) must be engaged. This is a security device that requires a code be entered, possibly in addition to other electronic actions, before the weapon can be detonated. The PAL may be rigged to detonate a small charge that will wreck the weapon after some number of unsuccessful tries. Steven M. Bellovin, a professor of computer science at Columbia University, has speculated on how PALs work, but it will take our notional renegades some time to use his ideas to arm and detonate a real weapon. While the plotters are under pursuit (and they would be) it is unlikely  that they will be able to defeat the PALS without special knowledge.

If, somehow, the plotters manage to get the weapon off the base, they will still have to deal with the PAL. Perhaps it could be defeated within weeks or months, but some very determined and well-equipped people would likely be going after them still.  As such, they will be unlikely to have the time and care necessary to bypass the PAL and detonate the weapon or disassemble it for its fissile material.

It is hard to imagine a scenario in which anyone is going to walk out with a nuke any time soon, as some of the more panicked accounts have suggested.

It’s fair to question the wisdom and security of nuclear weapons at European NATO bases. Indeed, Jeffrey Lewis has made a compelling case in Foreign Policy for removing these weapons from Turkey. Demonstrators have broken into the outer parts of nuclear security areas, although they have never come close to the weapons.

The immediate question is how much danger the coup attempt in Turkey poses to the Incirlik weapons.

The answer is not much.
GrEaT sAtAn'S gIrLfRiEnD at 12:00 AM